The editorial project deals with geosynchronous satellites positioned above the Equator in circular orbit around the earth. Because their velocity is analogous to the rotational speed of our planet, they always appear to be positioned at a fixed point relative to the rotating earth (and therefore called geostationary satellites). The satellites chosen for this study are receivable in Dortmund, in the Ruhr region, and in much of Europe as well. They are used mainly for communications services, and for satellite television especially, meaning that information on their orbit coordinates was easily obtained.

The list includes 61 communications satellites that each transmit up to several hundred stations. Some impression of this breadth is given by the Lyngsat website, which gives the most complete listing possible of stations relayed per satellite. If television media are grasped as expressive of specific cultures and communities, then we begin to get some idea of the variegated realm of overlapping, overlayering cultural spaces that the satellite footprints define. 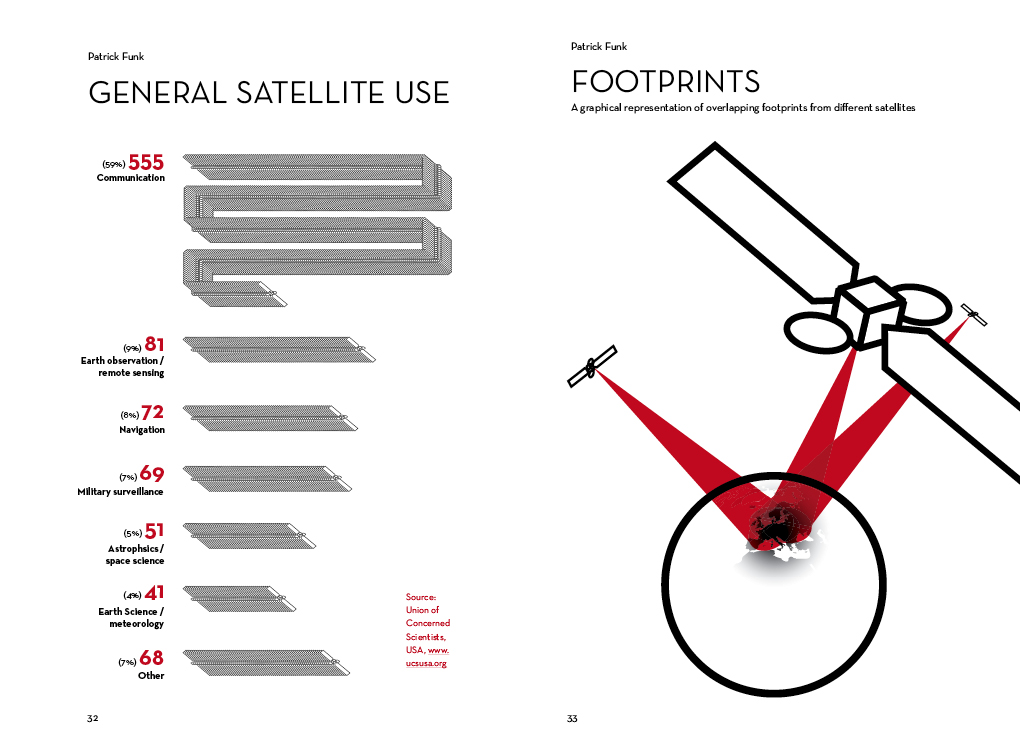 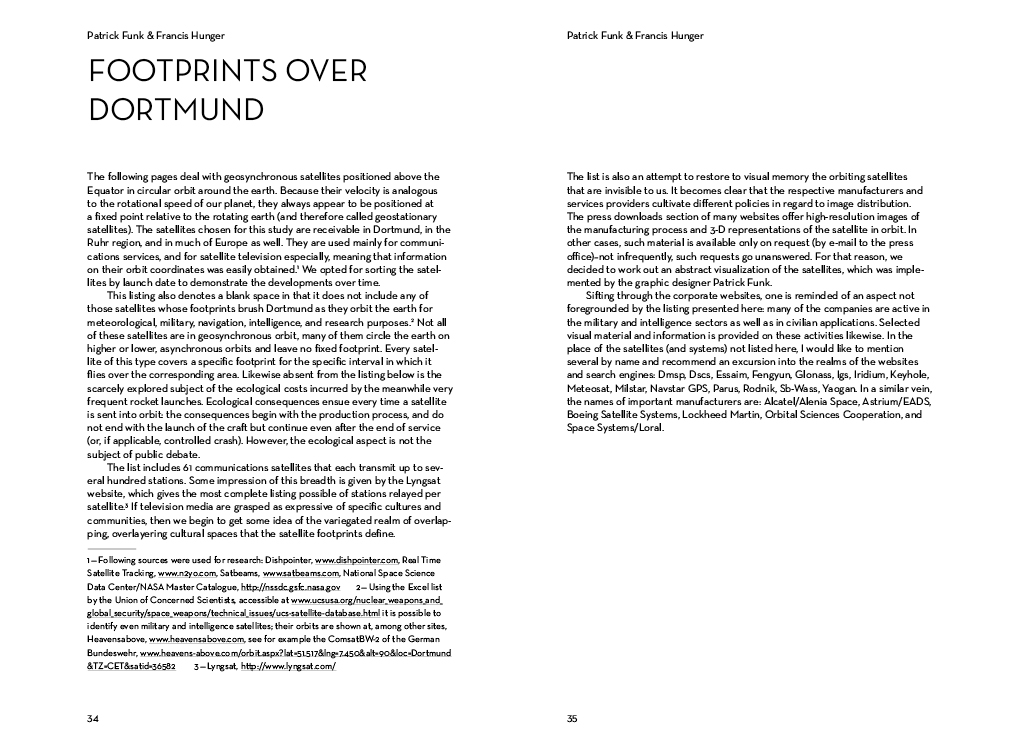 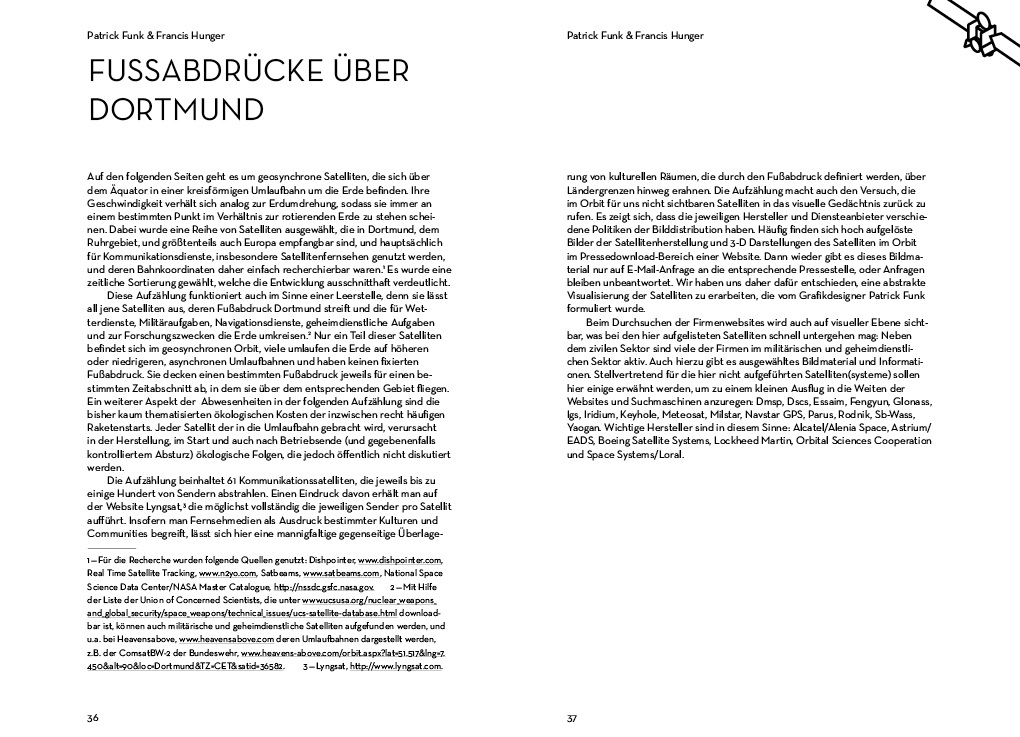 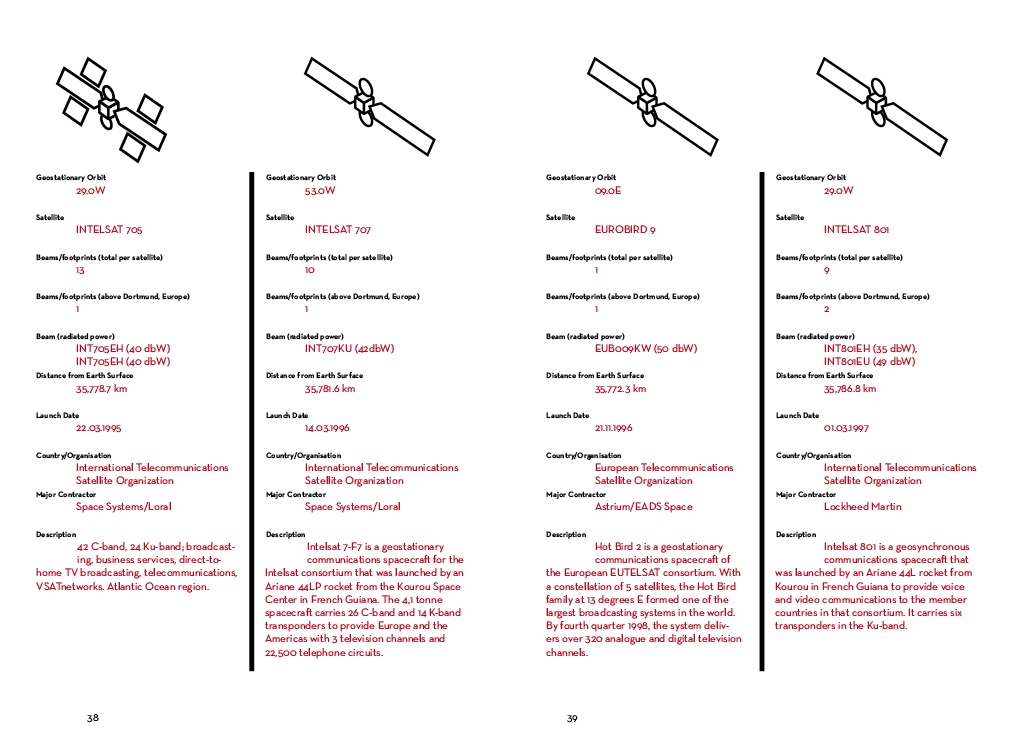 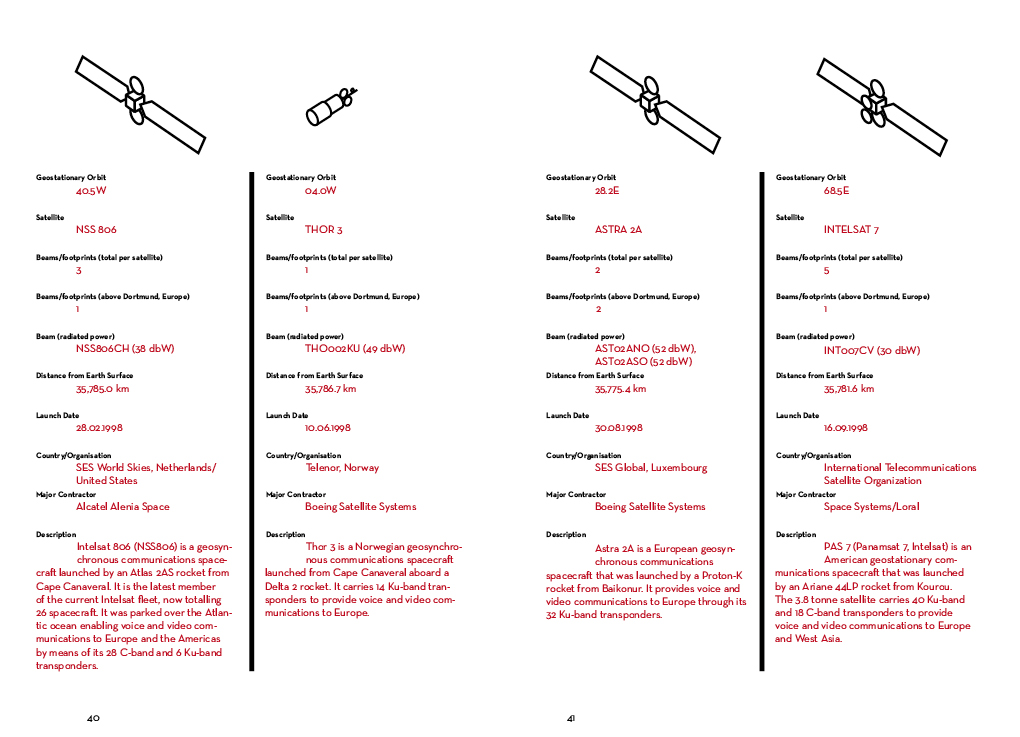 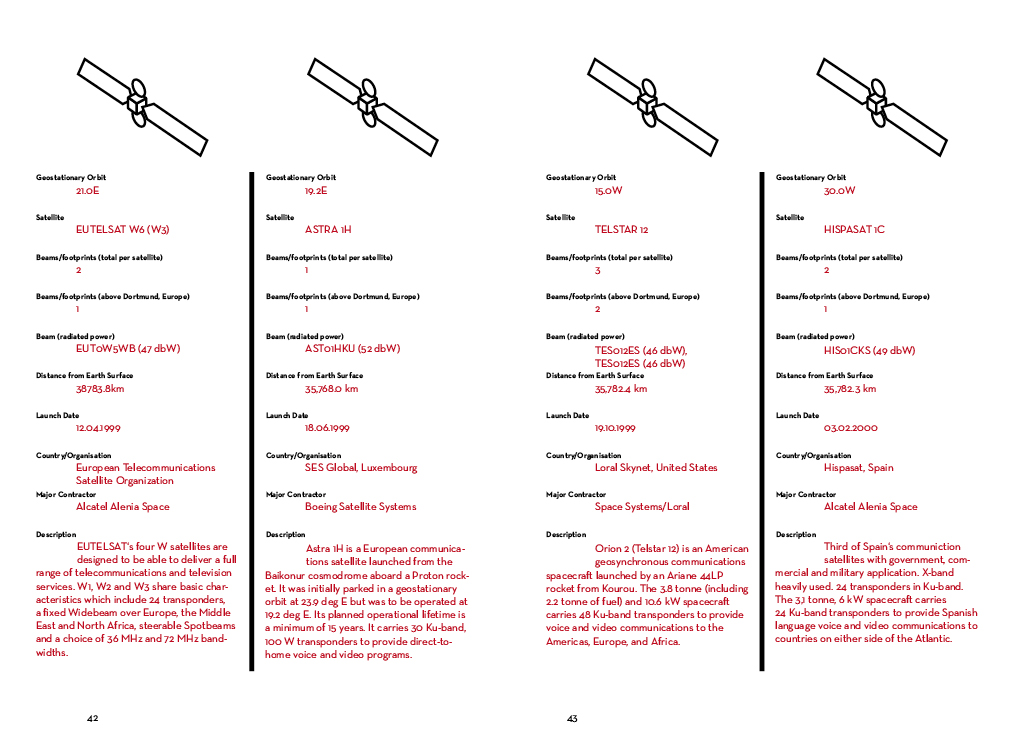 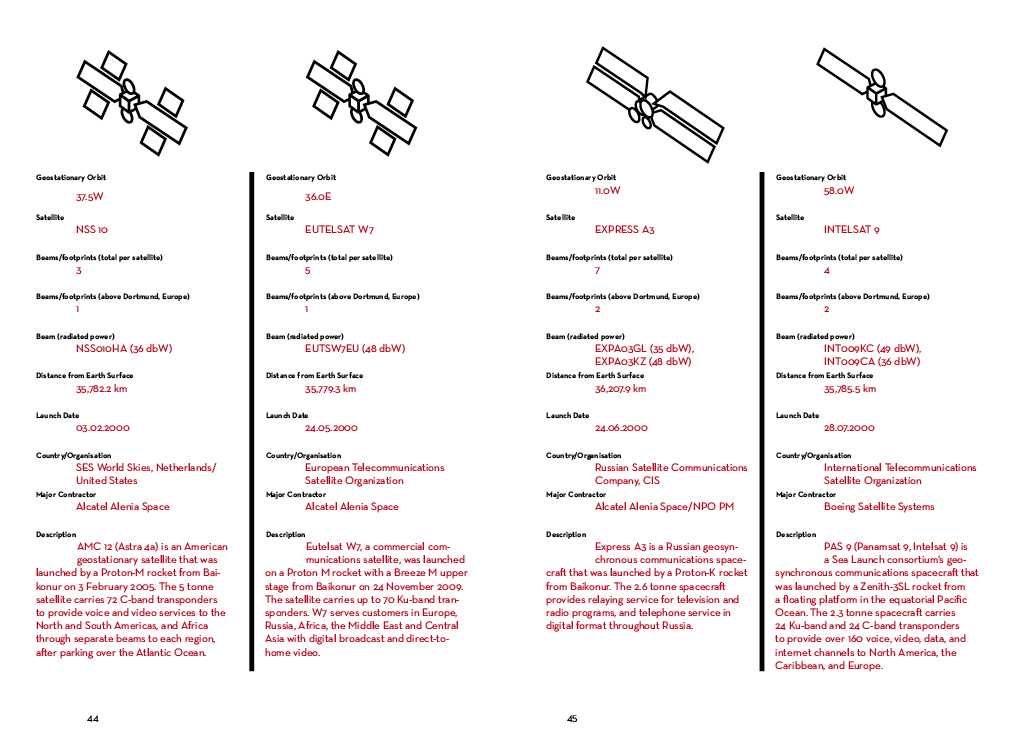 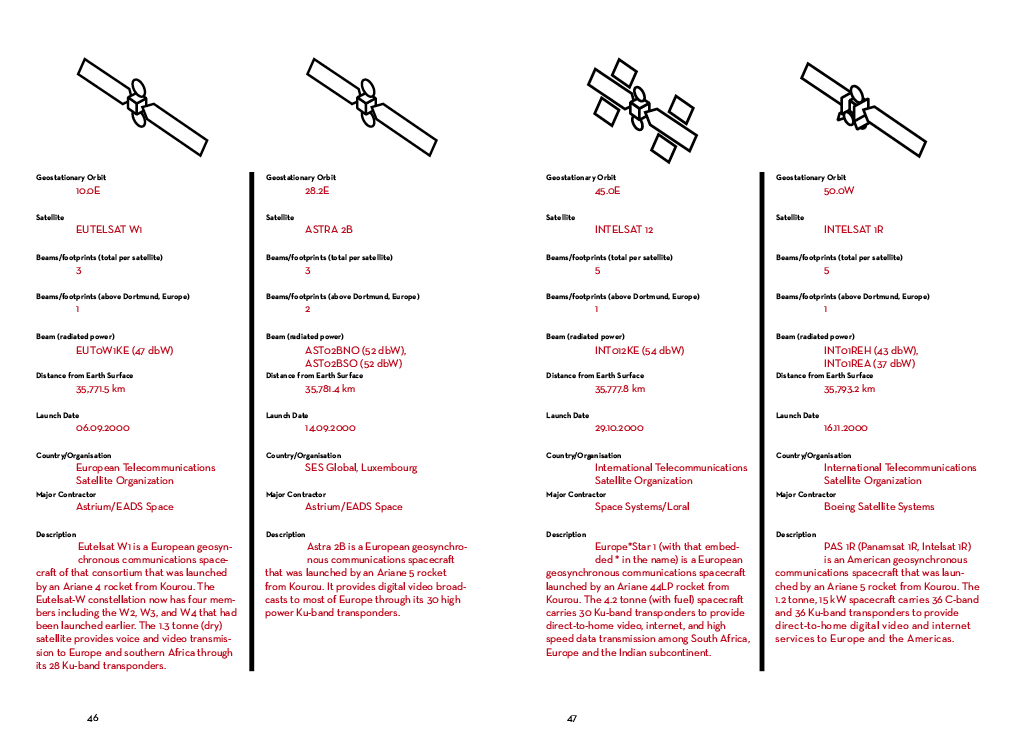 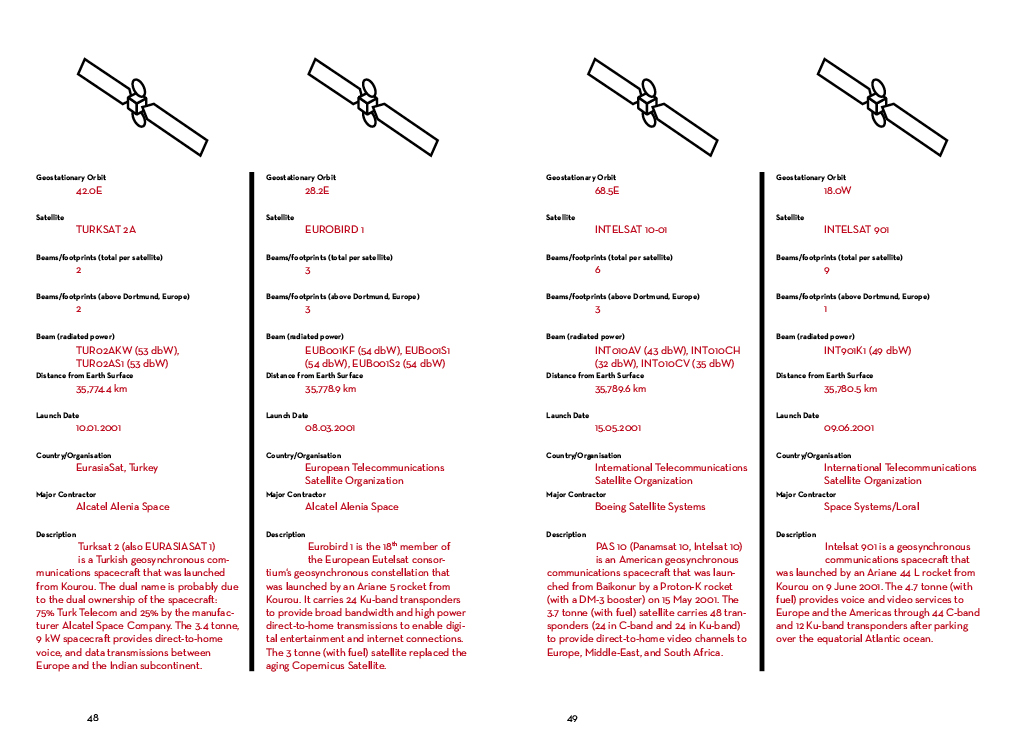 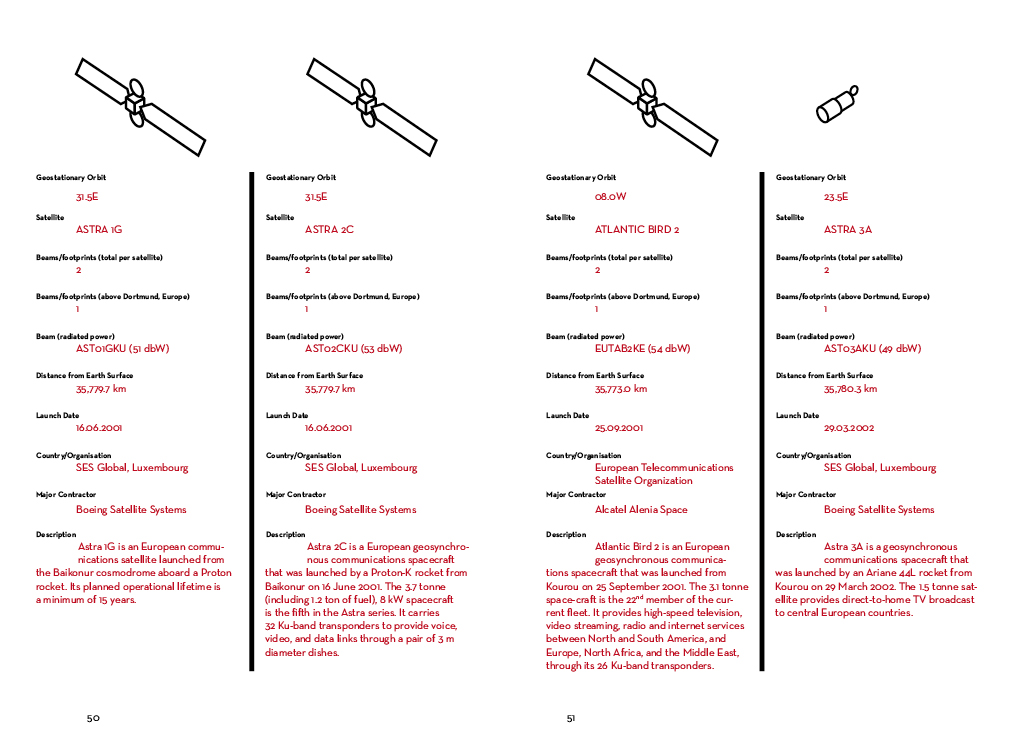 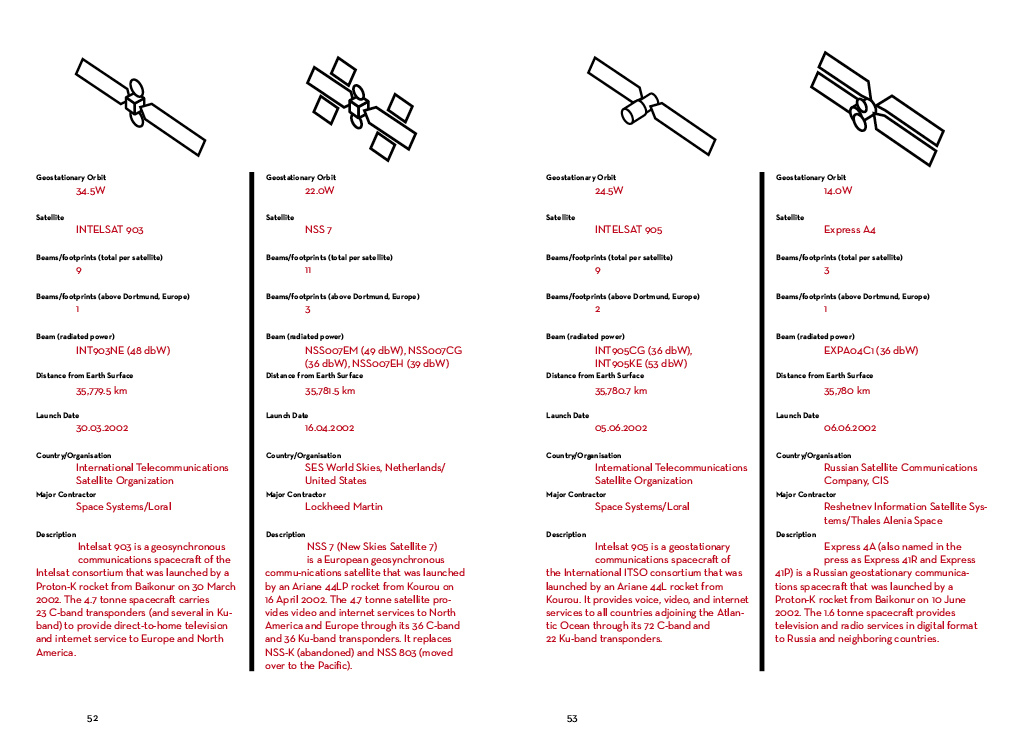 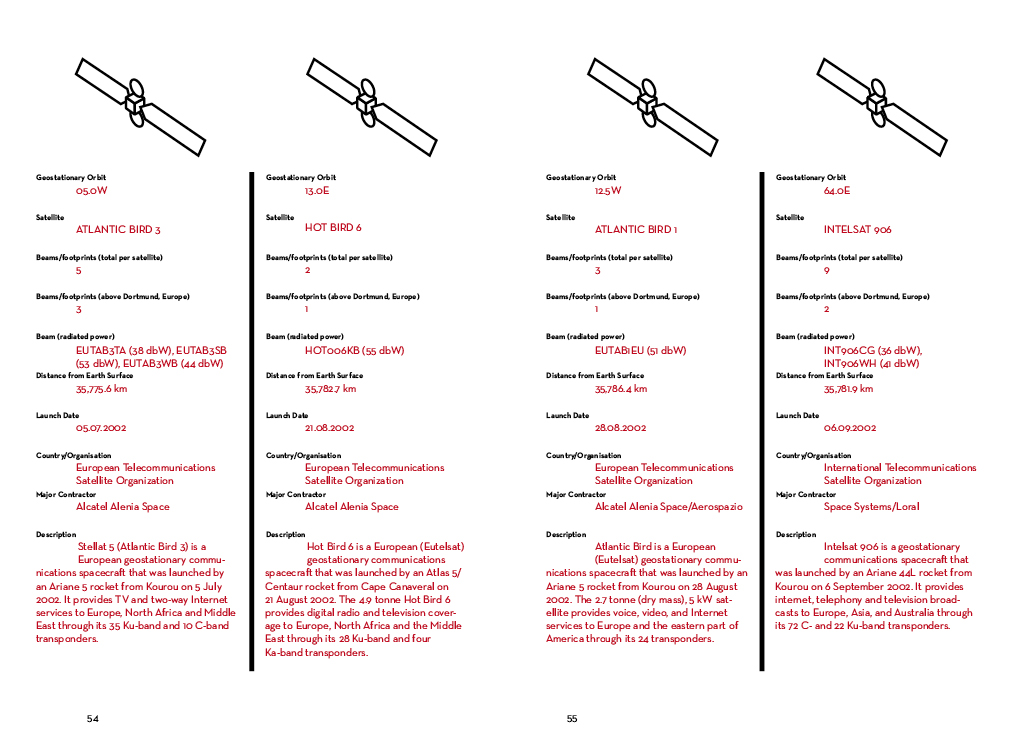 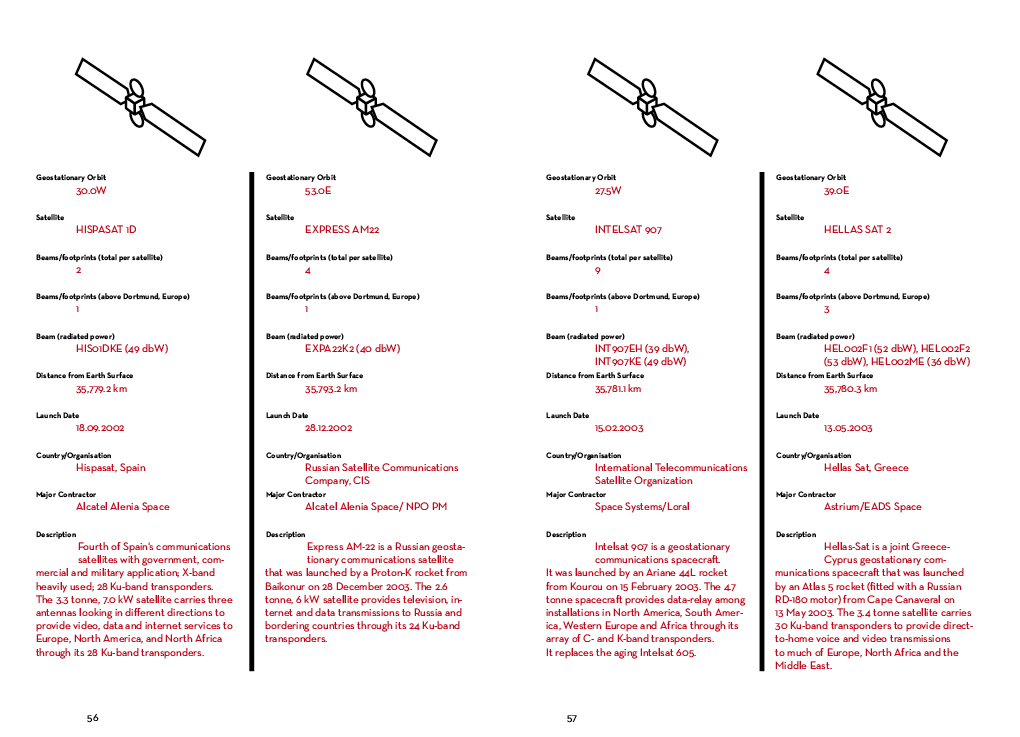 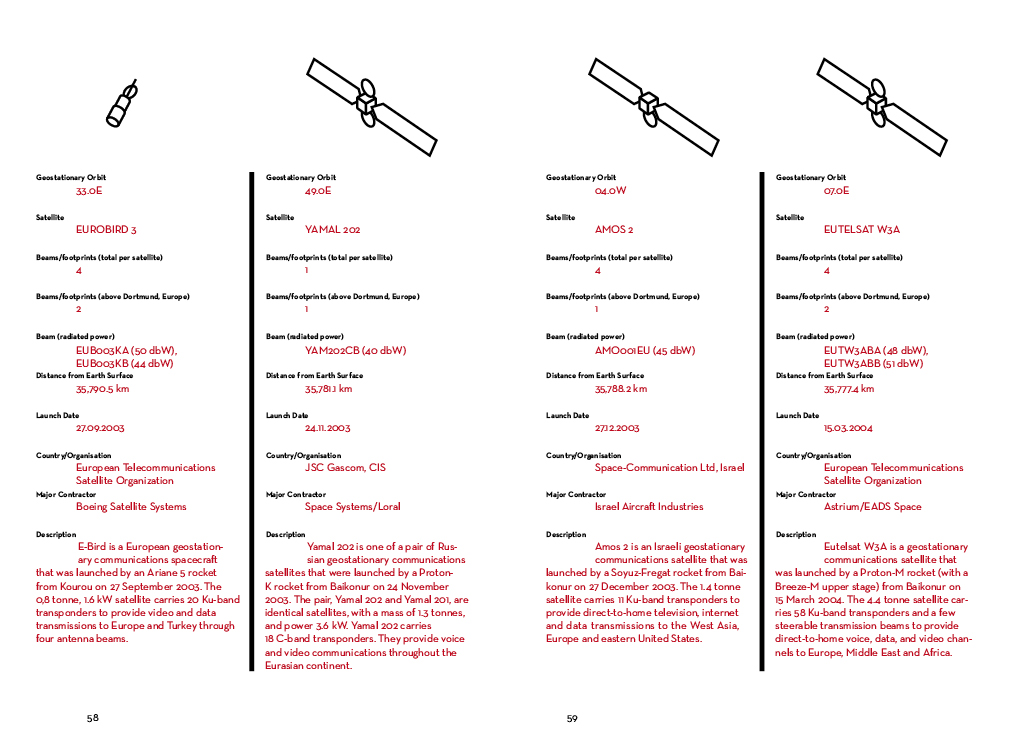 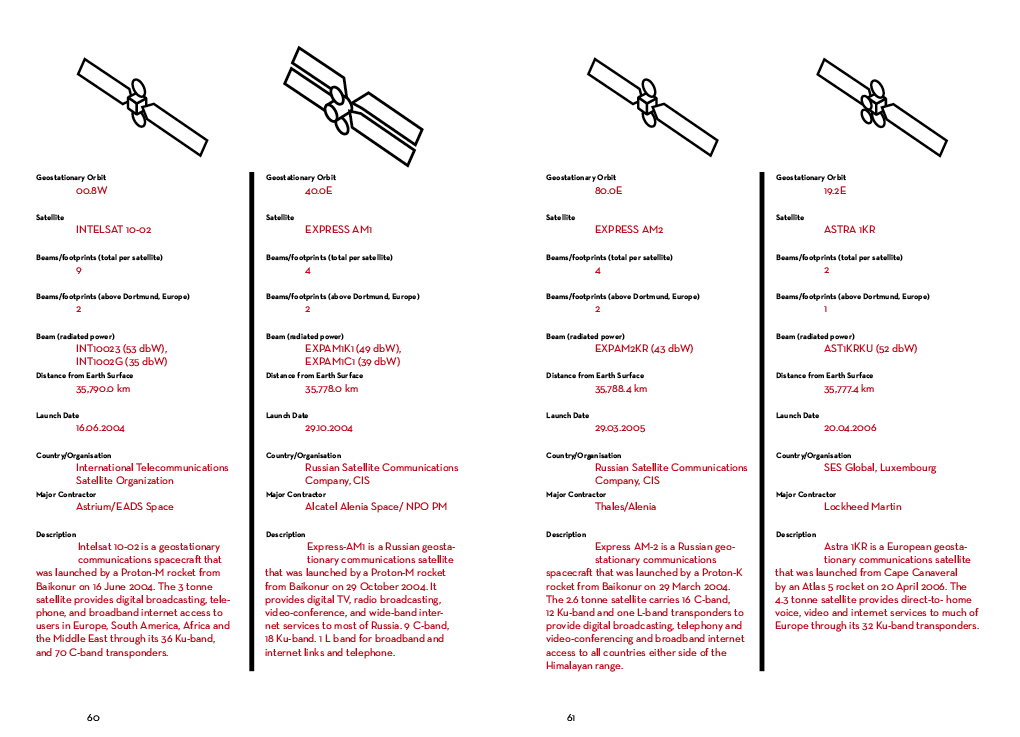 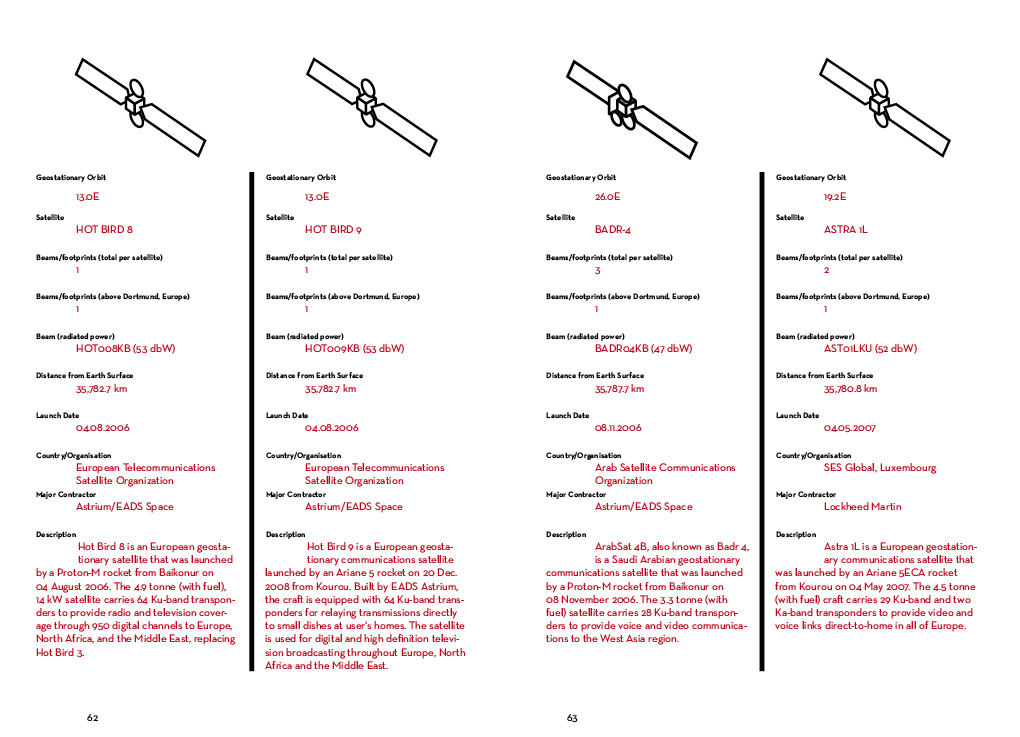 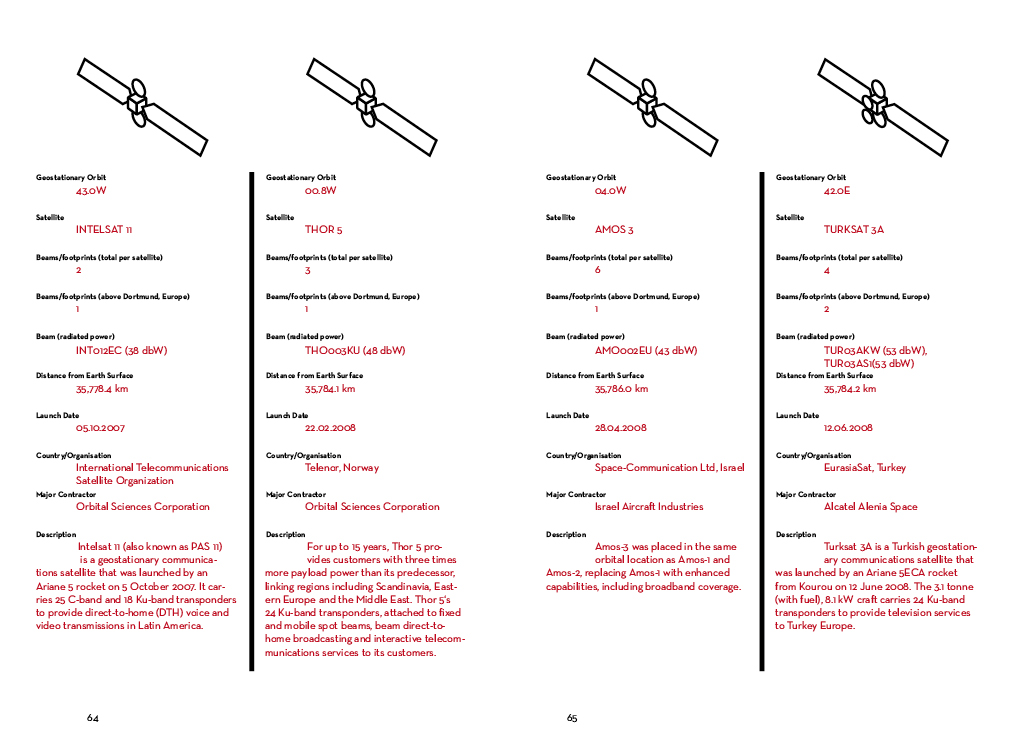 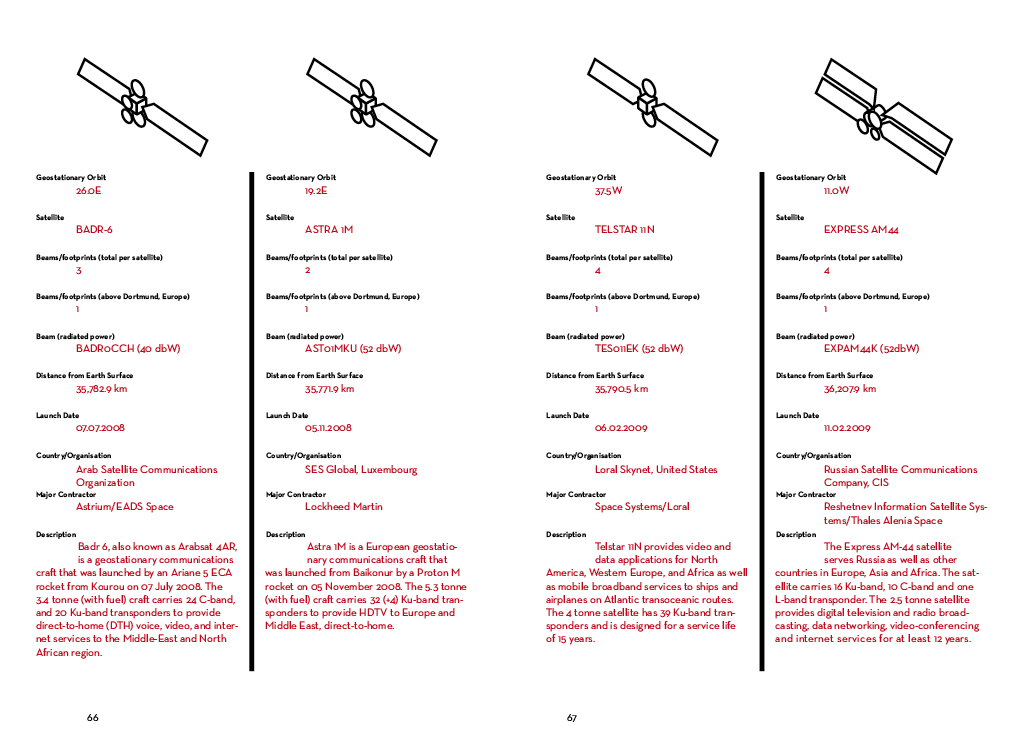 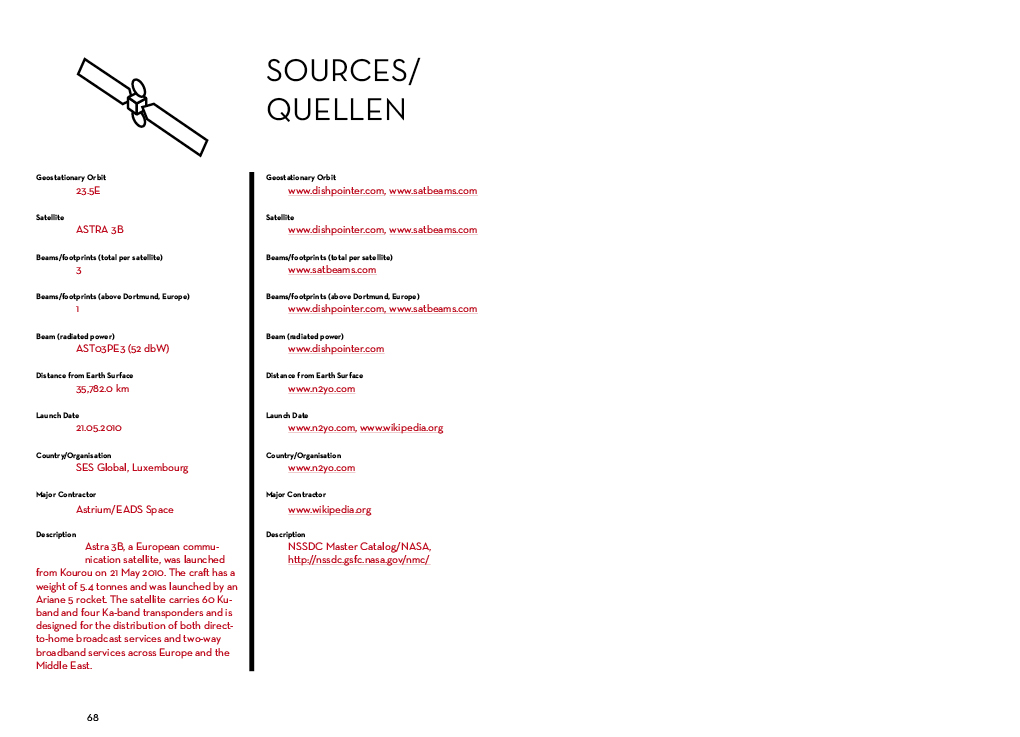 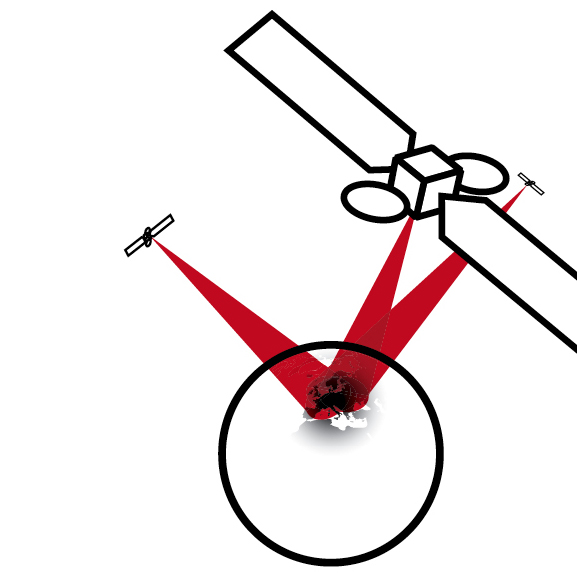 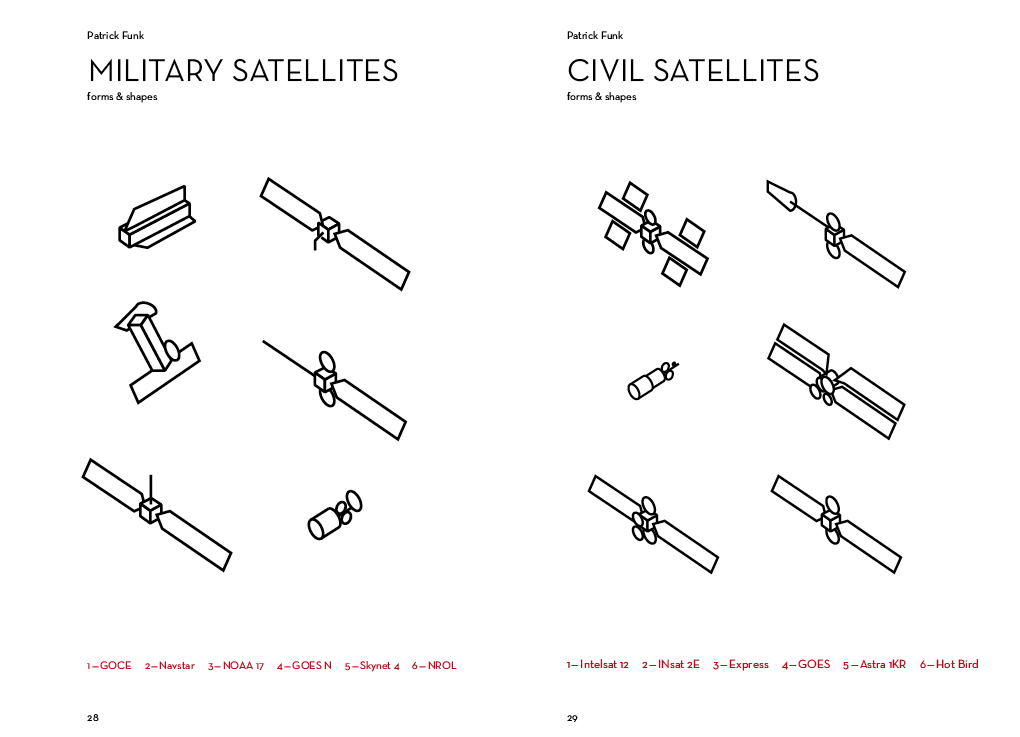 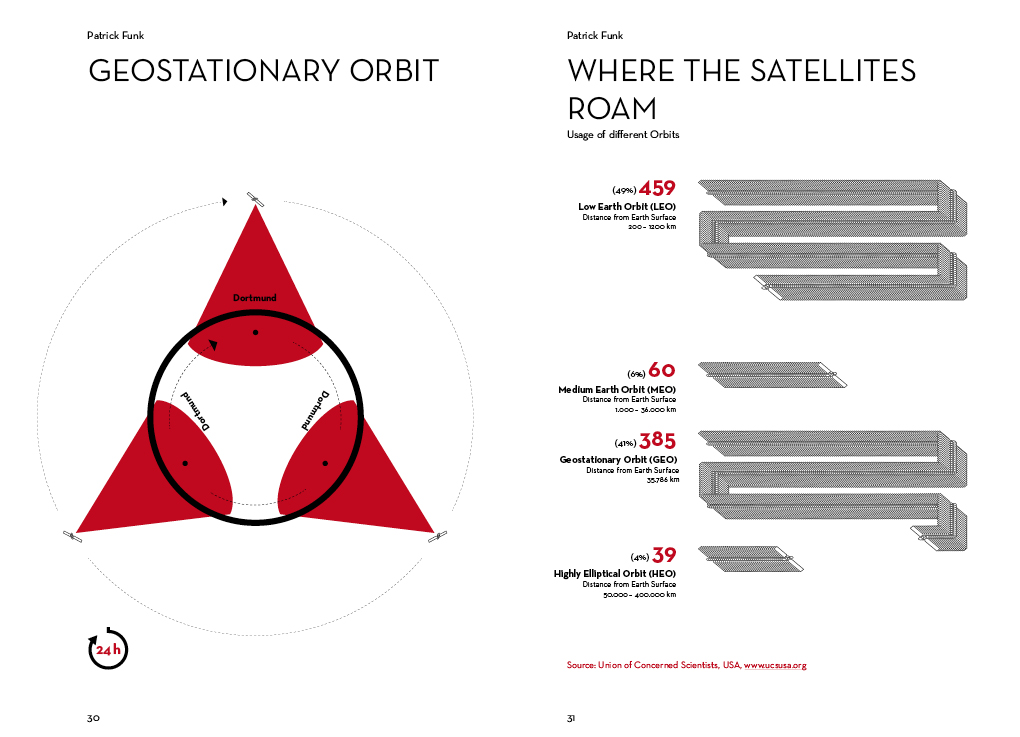 Footprints over Dortmund is part of the publication: Satellite/Border/Footprints, 2011