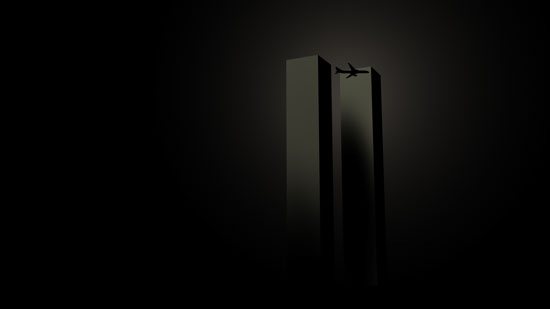 The installation places the viewer directly into the sound layer of New York. One hears the everyday street noise, squeaking car brakes, birds chirping, conversation snippets of fleeting people. On a visual level a endlessly circulating aircraft draws its path around two abstract towers, which in dimension and position resemble the World Trade Center.

Müller and Hunger deal with the trauma of the collapsing towers as recurrent television picture, by denying the catastrophic images and relocating the argument to the sound layer.