The 20 minutes video was shot during a one-week lasting permanent nightly walk through Leipzig. It shows quiet spaces, housing areas, industrial ruins and explores the city in a way that refers to a psycho-geography of the city. People where invited to join for a nightly walk later.

The video projection shows architecture and urban space in Leipzig in a quiet, regular rhythm with just the original sound. The shots where made in a one-week nightly process of derive through the city and suburbs. During the night the space is silent, with almost no activities. So the space changes with time although geographically it’s still the same.

The video was originally projected from 10pm to 5am in a shop window of Architekturraum, a temporary space dedicated to the intersection of art and architecture in Leipzig (July 9th – July 19th 2001). On July 11th 2001 Francis Hunger offered a common derive for those who might be interested. Starting at Connewitzer Kreuz a group of about 7 people made it’s way via Reudnitz to the City Center in about 2 or 3 hours. 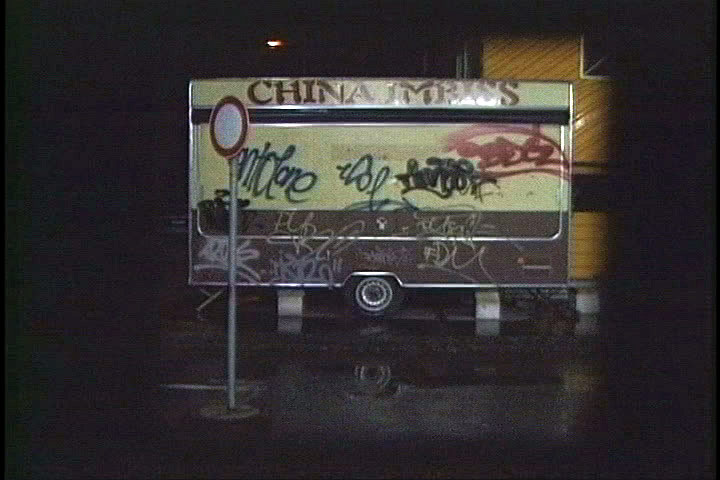